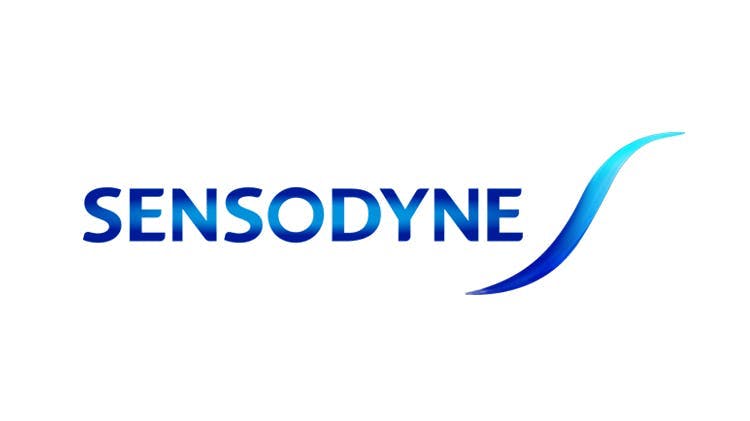 Deepening Our Understanding of Dentine Hypersensitivity

Ever wondered what the connection is between tooth sensitivity and Roman artefacts buried in the family villa of Julius Caesar?

The answer is the size of eight football stadiums and generates light that’s more than one billion times brighter than the sun.1 Welcome to synchrotron science, where remarkable imaging technology is shining a powerful light on dentin hypersensitivity (or tooth sensitivity, as it’s more commonly known) – and providing deeper insight into how sensitivity products work.

Read on to learn more.

What is a Synchrotron?

In 2015, scientists used one of the biggest and brightest x-ray facilities in the world to uncover writing on ancient scrolls buried and carbonised by the Vesuvius eruption in 79 AD.2 The Herculaneum scrolls, excavated from a villa linked to Julius Caesar in 1752, were charred, fragile and impossible to read. Now – thanks to high-energy X-ray imaging in a gigantic machine called a synchrotron – entire texts from the so-called ‘invisible library’ are on the verge of being seen by a modern audience.3 The invisible is becoming visible.

Today, that same technology is being used to advance our understanding of sensitive teeth – with similarly illuminating results. Synchrotron light – one hundred billion times brighter than hospital X-rays – is, for the first time, allowing scientists to look deep inside teeth to see how toothpaste formulations affect dentin occlusion over time. We believe that it’s ground-breaking science. And it’s driving a step change in toothpaste understanding.

Dentine hypersensitivity (DH), or tooth sensitivity, is a highly prevalent condition. As much as two thirds of the adult population suffers from it – but only around half of them actively address it.4- These numbers are all the more surprising when you consider that something as simple as our choice of toothpaste can help relieve pain caused by dentine hypersensitivity. Now, thanks to pioneering new research, we’re beginning to see how in even greater detail.

Research into dentine hypersensitivity has been ongoing for over a century, with much focused on the hydrodynamic theory, which states that fluid moving through dentinal tubules is a primary cause of sensitivity.5,6 Studies have explored how toothpaste formulations can occlude dentine tubules and block the pathways through the dentine. This can reduce fluid flow and prevent tooth nerves from firing. But seeing is believing.

In recent years, conventional imaging techniques have helped us show the depth and durability of dentine occlusion on brushed teeth. But, until now, we’ve been unable to visualise the impact our toothpaste formulations have on occlusion over time in such spatial detail. It’s a formidable task – a tubule is, after all, a fiftieth of the diameter of a strand of hair, and there can be as many as 30,000 in a tooth. Monitoring the effect of a toothpaste on such a complex microstructure benefits from a whole new approach – and cutting-edge technology.

Step forward GSK Consumer Healthcare, where our determination to advance the science of sensitivity continues to drive improvements in our Sensodyne toothpaste formulations. That determination has led us to the European Synchrotron Radiation Facility (ESRF) in Grenoble – one of the biggest synchrotrons in the world – to push the boundaries of what’s possible in understanding toothpaste technology.

“We’re always striving to make our formulations better, using the very best science to provide protection and relief to people suffering from sensitivity. Our synchrotron work builds on that goal. We want to establish new techniques that allow us to look at tooth structure and the mode of action of our products in greater detail. If we can better visualise how our toothpastes work, it’s easier for dental professionals to understand the science behind them – and help patients choose a paste that helps free them from the pain of sensitive teeth.”

We know from our expert partners that understanding a toothpaste’s mode of action can enhance the patient consultation. New York-based dentist, Dr Liz Mitrani, says: “If I can understand the science behind a toothpaste, it gives me the confidence to recommend it. If I can visualise how it works – and explain it to patients – they’re much more likely to stay compliant.”

That’s a big prize. And it’s what motivated us to go to ESRF – to help dentists see that science in microscopic detail.

ESRF is a beacon for landmark science, with synchrotron light powering some of the world’s most ground-breaking discoveries. For example, in Nobel Prize-winning work, scientists used ESRF to unravel the structure of the ribosome.7 Without ribosomes, there would be no life. Without synchrotron, we’d never know. ESRF is also playing an important role in the development of antiviral drugs and the search for vaccines against COVID-19.8

In fact, the exceptional properties of synchrotron X-rays are helping unlock the secrets of everything from viruses and vital organs, to batteries, glass and Herculaneum scrolls. Now, in scientific research that’s never been done before, ESRF is shining its light on teeth – allowing us to see what happens inside dentinal tubules in 3D, over time, following use with Sensodyne Repair and Protect Deep Repair*.

*Forms a protective layer over the sensitive parts of the teeth

How long in the tooth?

The science of dentine hypersensitivity has been advanced by conventional imaging techniques that have shown the effect of toothpaste on small samples of dentinal tubules. However, though techniques like Focused Ion Beam Scanning Electron Microscopy (FIB-SEM) provide ultra-high resolution, they have a small field of view. Synchrotrons can examine much larger areas in 3D. In microscopic detail. And at high speed.

Where FIB-SEM studies can only analyse 30-40 tubules at a time, synchrotrons can scan thousands in a few minutes with a single scan. This gives a more representative view of what’s happening in a tooth. We can see how far occlusion has travelled, and how long it stays there.

Similarly, most conventional techniques are destructive: scientists have to slice into samples to see inside, meaning every scan requires a different sample. Synchrotron imaging is non-destructive, enabling ‘time lapse’ studies that scan the same dentinal tubules, over and again, to show a toothpaste’s effect on occlusion at different time points. It’s a gateway to 4D imaging, where the fourth dimension is time. The technique has the potential to transform the treatment of sensitive teeth.

The formulation contains NovaMin technology and sodium fluoride, and is proven to help repair* exposed dentine.9–11 NovaMin forms a robust hydroxyapatite-like layer over exposed dentine and within exposed dentine tubules9-12 – and this layer is harder than the underlying dentine.13-16

Sensodyne Repair and Protect Deep Repair* formulation is proven to relieve – and provide long-lasting protection** against – dentine hypersensitivity.17–19 But we wanted to drill deeper and see in even greater detail how it worked on dentine over time. According to Dr Kamel Madi, co-founder of 3Dmagination – who led the subsequent time lapse study at ESRF – a synchrotron was the only place to go:

“Tubules are complex, varying in density, diameter and orientation from location to location. Occlusion is complex too, with ‘blocking’ dependent on depth and time; a tubule blocked may have the possibility of opening again. Therefore, measuring occlusion depth – and mapping blocking mechanisms over time – requires dynamic access to the 3D morphology of the tubules. This is only truly possible in a synchrotron.”

The time lapse study, which Dr Madi says is ‘like filming a 3D movie’, used phase contrast tomography to visualize the complex features of dentine. “Each sample was brushed with the formulation – Sensodyne Repair and Protect Deep Repair* – then placed on a sample stage located between the X-ray source and the detector, and continuously rotated 180°. After every micro-rotation – around 0.072° – we collected a shadow image of the sample (projection). The same samples were then put into artificial saliva to stimulate a reaction with the active ingredient – and scanned again at different time points over an 8-hour period. The projections, thousands of them, were then reconstructed into a 3D image for analysis.” (figure 1)

The study showed the new formulation gets deep inside the microstructure of tubules and builds the strong repairing* layer over the dentine surface for long-lasting sensitivity protection**. We turned, once again, to conventional imaging to validate the X-ray analysis. The same samples used at ESRF were taken to the Cavendish Microscopy Suite at Cambridge University for FIB-SEM imaging and analysis.

“We used an ion beam to slice into the samples, then examined the cut face with an electron beam. This was repeated multiple times to build a 3D visualization of the occlusion beneath the surface. We also used a third technique – Transmission Electron Microscopy – to look at the chemical and structural composition of the occluding material.

“The studies showed the new formulation resulted in the deep occlusion of tubules, and fluorine in the formed material. Ultimately, the FIB-SEM study enabled us to validate the synchrotron data: the average depth of occlusion observed was similar to those calculated from the X-ray processing.”

Dr Mitrani thinks the scientific advances coming out of the studies can only improve oral health. “It’s exciting to learn more about the science and understand the mechanism at a microscopic level – because that’s our foundation. Once we understand that foundation, we can build on it to become more confident prescribers of the products.”

Longer term, the synchrotron study could drive step change in toothpaste engineering. Dr Madi says: “The research has revolutionized the way we look at brushed teeth – allowing us to see inside thousands of tubules and observe, in 3D, the changes that occur. There’s much more to come, but this exciting technique will open new doors for optimizing toothpaste and designing bespoke formulations.”

The science of sensitivity will continue to advance, but the story so far is exciting for patients. Because it took four years – and the brightest light imaginable – to test it in the lab and show how deep Sensodyne Repair and Protect Deep Repair* goes. But it only takes a split second – and a sip of ice cold lemonade – to prove that it works in real life.

Big science, for the small, special moments. Because life’s too short for sensitivity.

*Forms a protective layer over the sensitive parts of the teeth 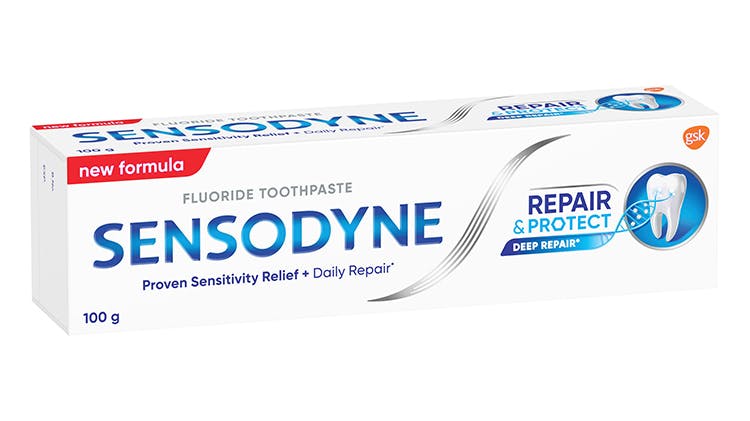 Request samples for your patients today