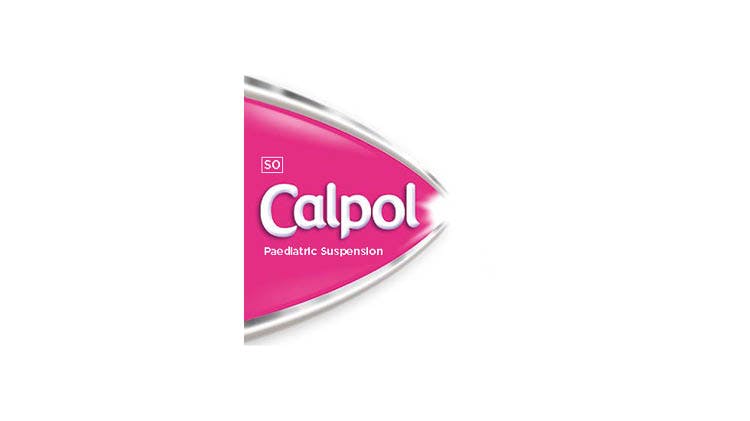 Calpol paediatric suspension contains paracetamol, which is recommended as first-line treatment for fever and mild-to-moderate pain in children.2-4 It starts to relieve fever within 15 minutes of dosing.1,5-7

The World Health Organization guidelines on fever management state that when a child presents with fever, danger signs should be looked for. These include an inability to drink, persistent vomiting, convulsions, lethargy or unconsciousness, stridor in a calm child or severe malnutrition. If these signs are present, the patient must be referred immediately for specialist management.8

The symptomatic fever, associated with distress due to non-specific respiratory infections, diarrhoea and other infections, is managed with paracetamol.2

This was a randomised, double-blind multicentre trial involving febrile children aged 6 months to 6 years who were given a dose of paracetamol (acetaminophen) 12 mg/kg (n=210). A downward slope in temperature was seen at the 15-minute time point. Maximal rate of temperature reduction was reached at 60 minutes in the paracetamol group.6

As effective as ibuprofen at doses of 10 mg/kg9

This was a randomised, double blind, multicentre trial with 116 children aged 4.1 years (± 2.6 years) with a fever related to an infectious disease and a mean baseline temperature of 39°C (± 0.5°C), who were treated with either single doses of ibuprofen 10.3 mg/kg (± 1.9 mg/kg) or paracetamol 9.8 mg/kg (± 1.9 mg/kg). The children’s rectal temperature was regularly monitored for 6 hours. Tmax is the time that elapsed between first dose of drug administration and lowest temperature observed between the 0-6 hours.9

When given to children with fever, both paracetamol 10 mg/kg and ibuprofen 10 mg/kg were similar in reduction of temperature in the time between dosing and achieving lowest temperature during 0-6 hours.9

A randomised, single-dose, double-blind study in children from 3 months to 12 years old (N = 301) with non-serious fever received either paracetamol 15 mg/kg or ibuprofen 10 mg/kg. Mean temperature in both groups were 38.9°C at baseline. Primary outcome was tympanic temperature reduction over the following 8 hours post first dose administration.

Both paracetamol 15 mg/kg and ibuprofen 10 mg/kg had similar (not significant) reductions in temperature. The mean area under the curve (AUC) was -7.66°C and -7.77°C, respectively.10

Effective as pain-relief in children11

This was a randomised, single-dose, double-blind, placebo-controlled study in children aged 2-12 years with acute sore throat treated with paracetamol 15 mg/kg, ibuprofen 10 mg/kg or placebo. Paracetamol showed significant pain relief vs. placebo from 1-hour post dose, which was sustained until 4 hours after dosing based on the children’s assessment of their pain.The parents’ assessment of changes in pain intensity seen in their children reflected the same.11

When compared to non-steroidal anti-inflammatory drugs (NSAIDs) e.g. ibuprofen, paracetamol is preferred because it is gentle on tiny tummies,1,3 has a lower risk of bleeding complications in certain vector-borne diseases like dengue2 may be suitable for children with dehydration12 and does not interact with as many other medicines like ibuprofen does.2

In a literature review of 23 clinical studies of paracetamol involving children, the safety data showed that paracetamol had comparable safety to ibuprofen and ketoprofen in short-term treatment of fever.3

What can Calpol peadiatric suspension do for Ollie?

Ollie’s got a fever

Ollie’s 1 years old and has been having a fever for the past two days. His mum is worried because he’s been fussy and not eating well. She wants something to help him get rid of the fever and at the same time, something that is suitable for him. 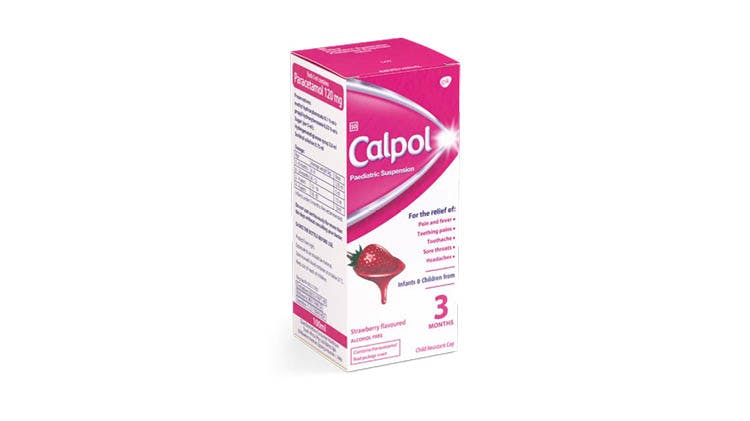 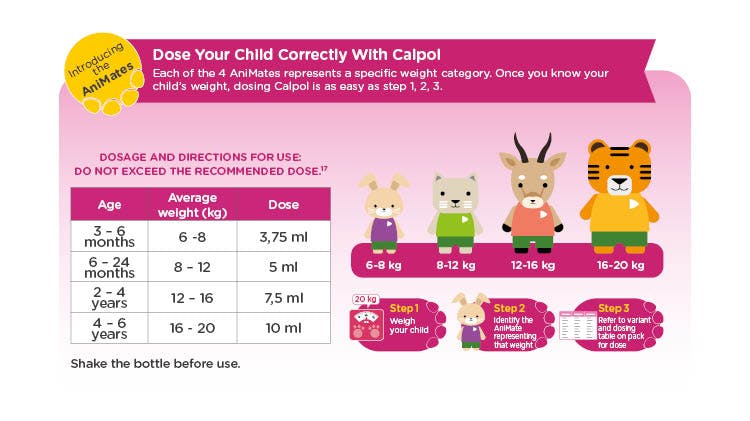 Dose your child correctly with Calpol

Infants under three months: NOT RECOMMENDED

May be given three to four times daily but with an interval of 4-6 hours between each dose. Consult your doctor if no relief is obtained with the recommended dosage.17

DO NOT USE CONTINUOUSLY FOR LONGER THAN TEN DAYS WITHOUT CONSULTING YOUR DOCTOR. 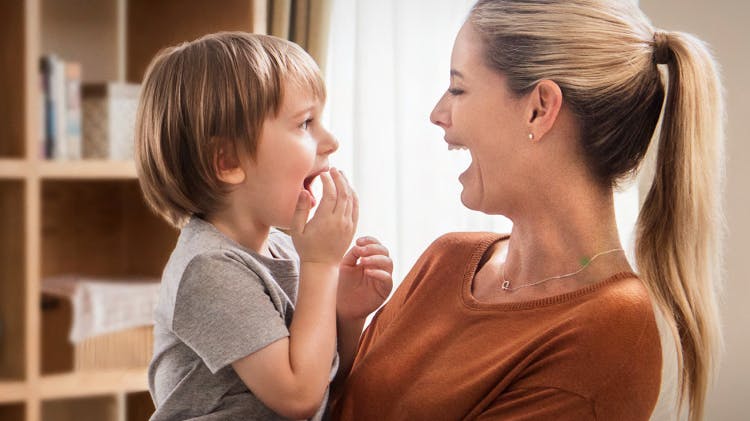 When to refer children with fever

Learn more about “red-flag” symptoms when children present with fever. 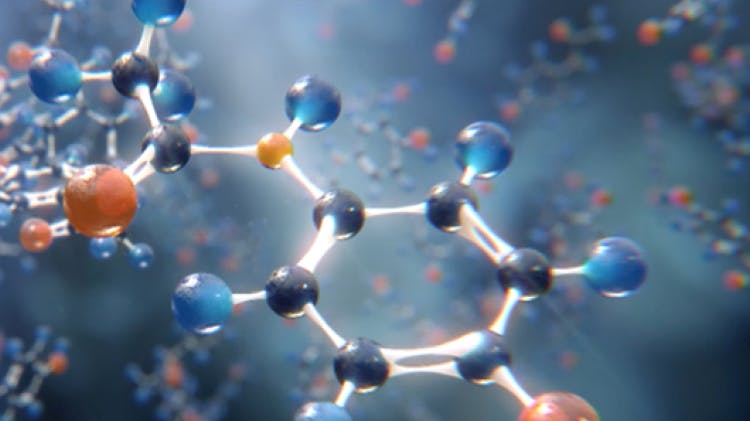 The science of paracetamol

Learn more about paracetamol – the basics, its mechanism of action and more.