Panadol Cold & Flu products are used for the relief of the symptoms of the common cold and influenza such as: fever, muscle ache, nasal congestion, sinus congestion, headache and sinus pain, sneezing, itchy and watery eyes.

Panadol products are powerful, multi-action, convenient, and well tolerated combinations that are suitable for active, busy patients, who need to stay alert.1-10

* When used as directed

Paracetamol is an over-the-counter drug used for pain relief and fever. It provides effective and sustained fever control, which starts to relieve fever in 30 minutes for up to 6 hours.3

Pseudoephedrine is a sympathomimetic drug that acts on the adrenergic receptors and causes vasoconstriction of the muscles lining the walls of small blood vessels in the nasal mucosa. By contracting the blood vessels, pseudoephedrine increases the patency of the airways and causes a decrease in the symptoms of nasal congestion.5,18

Phenylephrine is a sympathomimetic decongestant that has a potent vasoconstrictive effect on the capillaries in the nasal lining, which in turn leads to a reduction in the swelling of the nasal mucosa, thereby reducing congestion.6

Chlorpheniramine is a first-generation antihistamine used to relieve a runny nose and sneezing symptoms, to help patients sleep restfully.19

Caffeine is an analgesic adjuvant for paracetamol that increases mental alertness and improves wakefulness.23-25

Ascorbic acid (Vitamin C) is an essential component of the human diet. It is included to supplement dietary intake of Vitamin C. This is particularly valuable in the early stages of acute viral infections, e.g., the common cold, as Vitamin C reserves may be low at this time and the appetite poor.27 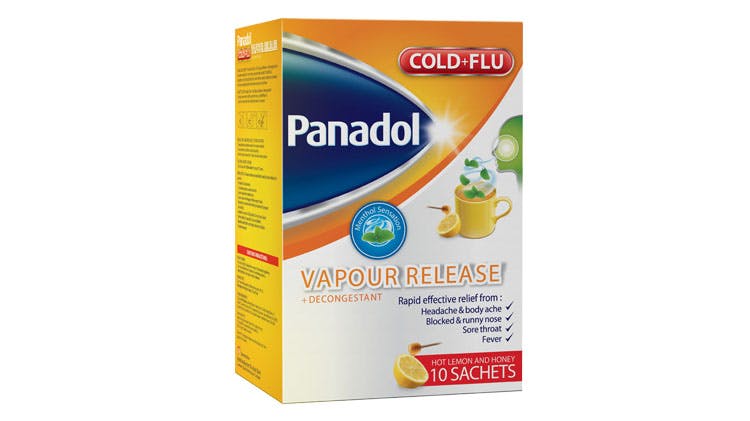 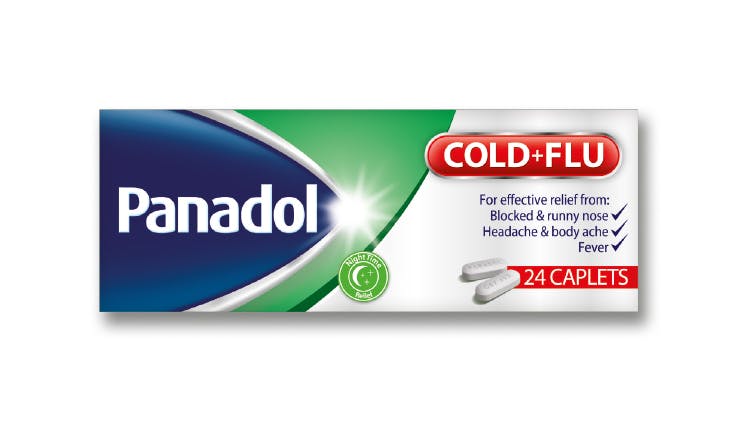 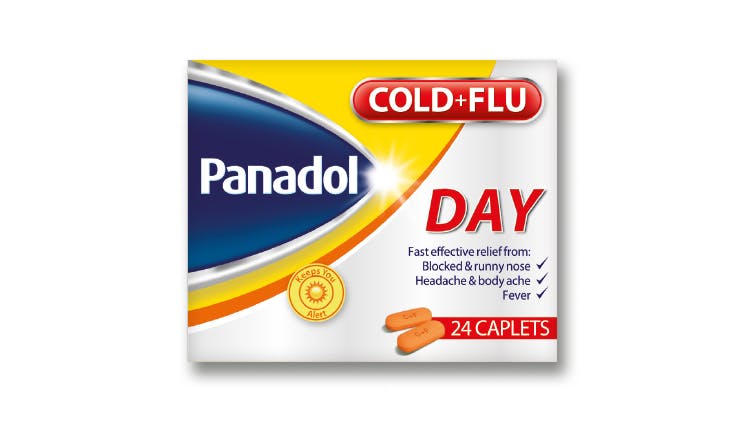 Panadol C&F Day provides powerful and effective Day-Time relief against cold and flu symptoms, with caffeine to produce a synergistic effect with paracetamol.3,4,6,8-10,18-20,34-41

The Panadol range – the world’s leading cold and flu products

Find out more about colds.